9 reasons to visit Japan in winter with kids

With more than 500 ski resorts and some of the best powder slopes in the world, Japan is a popular destination for families who love to ski and snowboard. But there is more to the winter magic of this island nation than its snow sports. With thanks to Inside Japan Tours, we’ve compiled our list of top 9 reasons we love Japan in winter. Read on to discover why you should visit from December to February, skiing aside.

Food for the soul

A steaming bowl of ramen noodles? A spicy curry? Smoky yakitori skewers hot off the barbecue? How about a nabe hotpot (meat and veg tossed together)? Hot and hearty gourmet fare is the perfect way to warm up, so get these delicious Japanese treats in your tummies! To complete the picture, eat at a toasty warm kotatsu – a low table with a heated element underneath, covered by a blanket to trap in warmth. Tuck yourselves in and then tuck in! Grown-ups can also enjoy the gentle burn of sake. Read more here about the best food to eat in Japan. 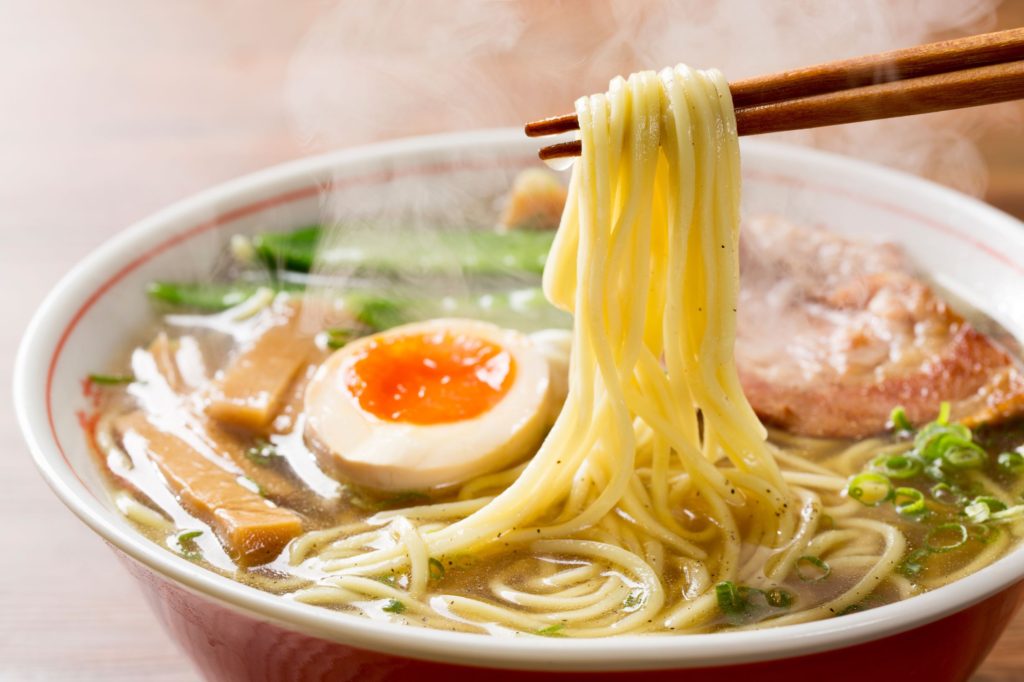 A steaming bowl of ramen will warm you up from the inside. Credit: Shutterstock

You’d think that the heavy snow covering would ward off wildlife, but the opposite is true. Your best animal photos will happen against a white backdrop. Spot red-crowned Japanese crane dancing at the Tsurui Tancho sanctuary. As you pelt down ski slopes in the Japanese Alps, keep your eyes peeled for a snow fox or serow (goat-antelope). Venture off the beaten track to see Stellar Sea Eagles perch on drifting ice off the remote Shiretoko Peninsula. And of course, make time for the show-stopping snow monkeys of the Nagano prefecture. These frost-tipped macaques soak in the hot springs of Yudanaka forests and sometimes have snow fights. 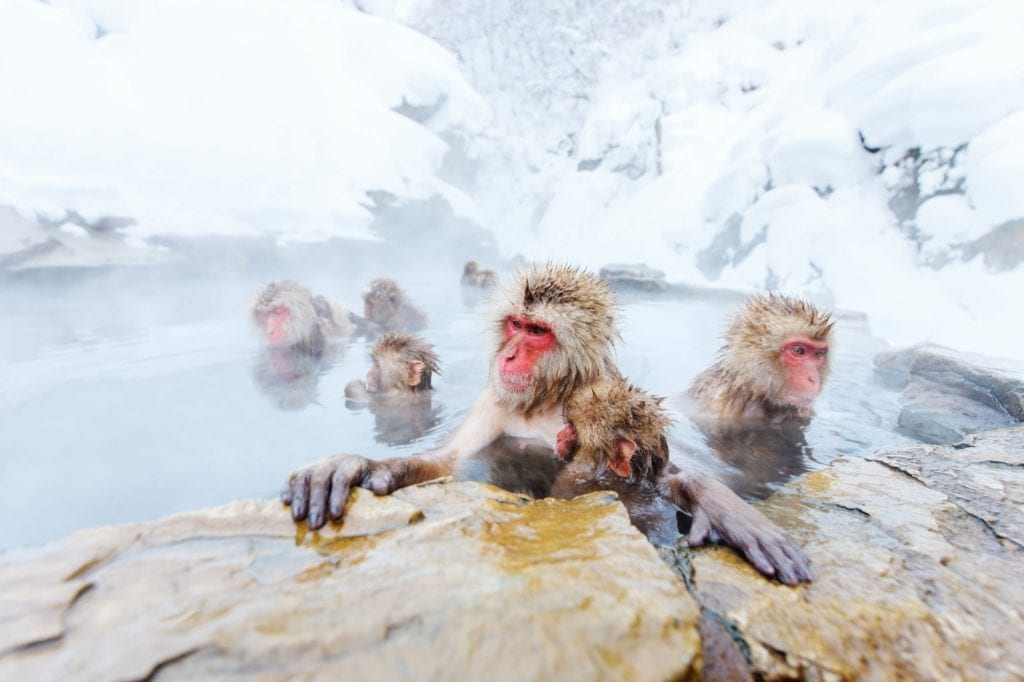 Spring into an onsen

Monkey see, monkey do! Follow the macaque example and soak up the warmth of an onsen hot spring or bath. This traditional Japanese spa day is great for soothing muscles after skiing. Takaragawa Onsen in Gunma is one of the most well-known rotenburo (outdoor onsen). Near the river, it is stunningly picturesque in the snow, and has mixed gender main tubs. Click here for our story on the correct onsen etiquette, which is very important in Japan. 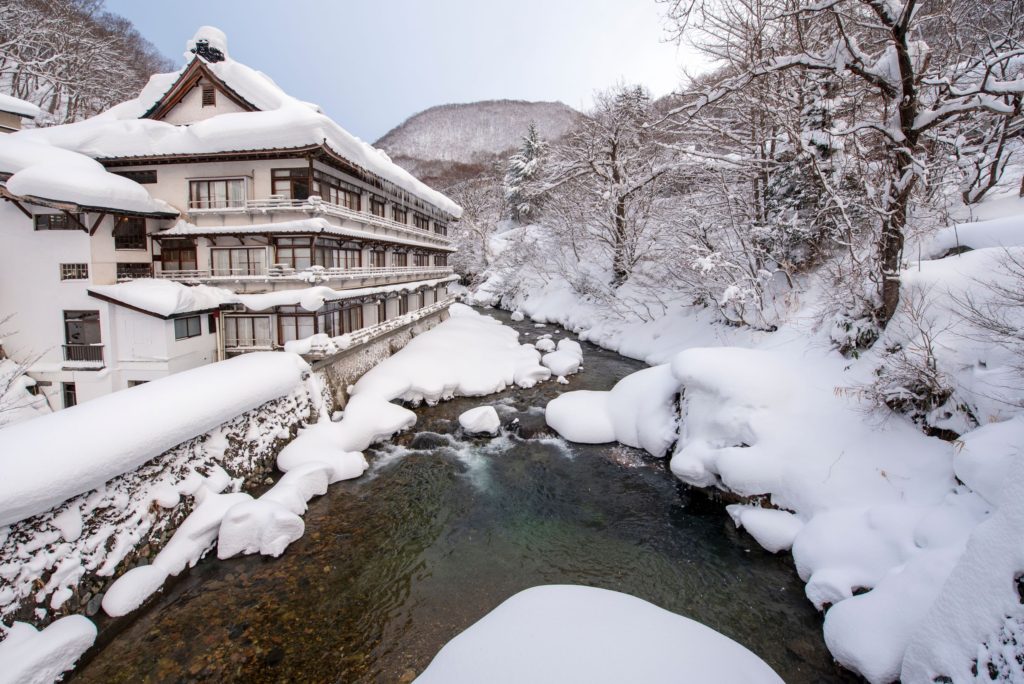 There is a special magic to soaking in steamy waters in the middle of blankets of snow. Credit: Shutterstock.

Fire up the festivals

Winter seems to be the season for festivals, perfect for keeping spirits up! January 15th marks the Nozawa Fire Festival, a display of fireworks and bonfires at Japan’s oldest ski resort. Hokkaido’s biggest and most famous snow festival, Sapporo Snow Festival or Yuki Matsuri (February 4th to 11th) is perfect for families. The huge snow and ice sculptures are lit up every night at 10pm. Smaller winter festivals include the ice slides, laser shows and onstage performances of Asahikawa Winter Festival and the statues and candles of Otaru Festival. 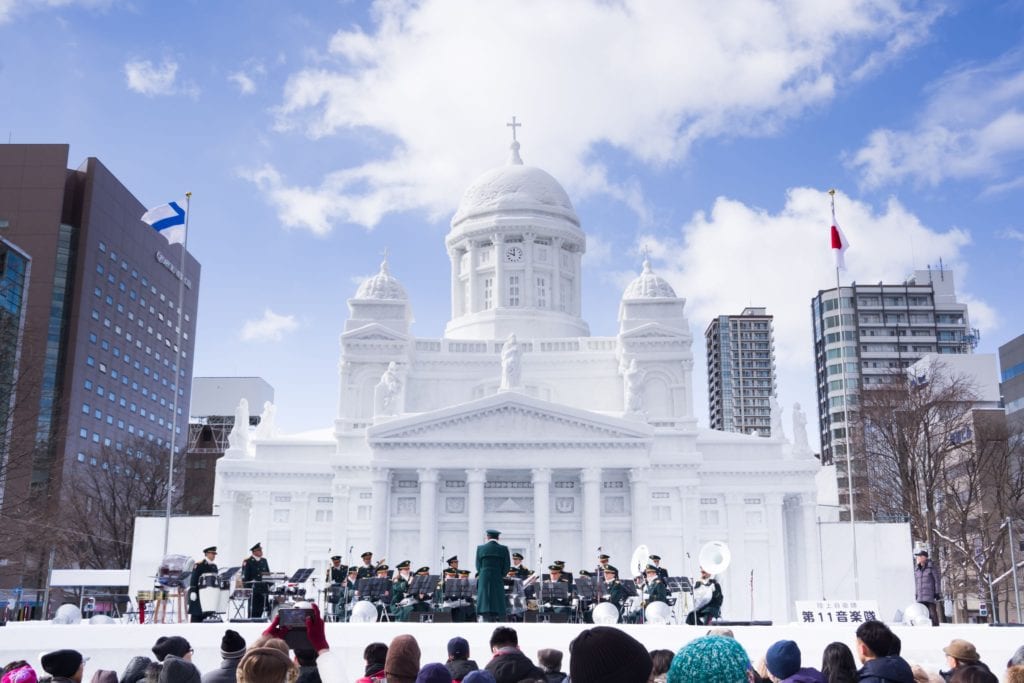 That building is made entirely of snow! Enjoy craftsmanship and concerts like this one at Sapporo. Credit: Shutterstock.

Most city centres are draped head to toe in lights during winter. Watch as buildings are illuminated after dark. One of the biggest light displays occurs in Nabana no Sato in the Mie prefecture, with more than 7 million LED bulbs. Check out the Starlight Garden in Tokyo or Sagamiko Resort in Kanagawa, Kanto Prefecture. 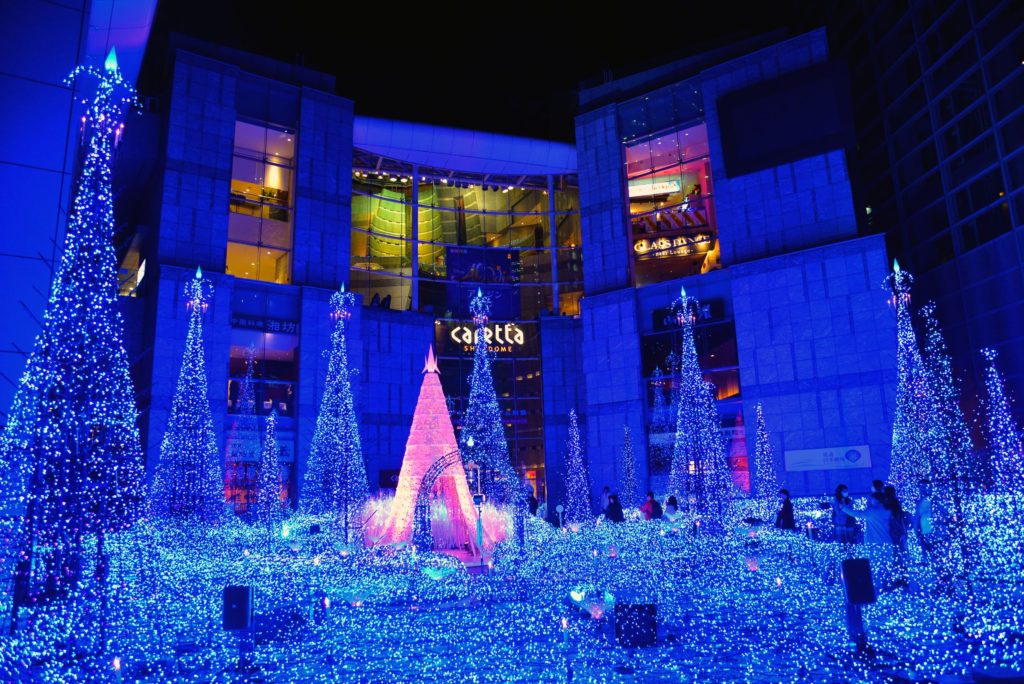 Tokyo a-twinkle thanks to winter light displays and a bit of magic. Credit: Shutterstock

Mount Fuji is notoriously difficult to spot behind clouds and city haze. Winter is your best chance to get a glimpse. It also provides the rare opportunity to witness the alignment of the rising or setting sun with Fuji’s volcanic peak. This natural phenomenon falls a few times from November to February. It is said to look like a diamond has been placed atop the mountain. Research times and viewing locations in advance, and then cross your fingers that the weather cooperates. 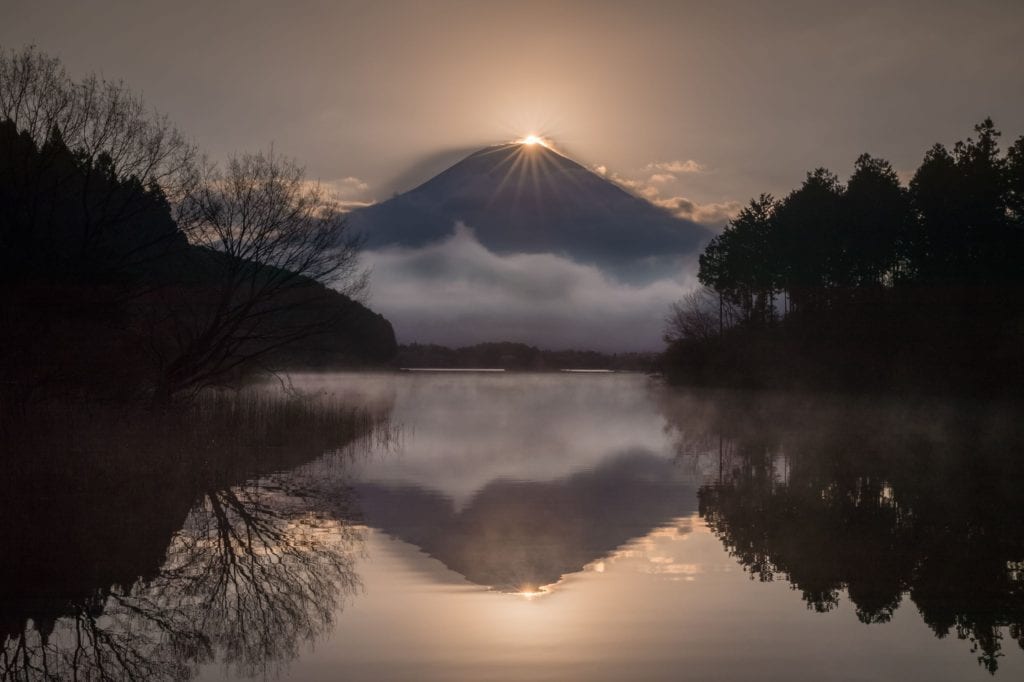 Travelling in Japan in winter means contending with fewer fellow tourists. Most other travellers will have flocked to the ski resorts, leaving major tourist attractions nearly empty. Icons like Kyoto Golden Pavilion Temple look even more impressive against the snow. 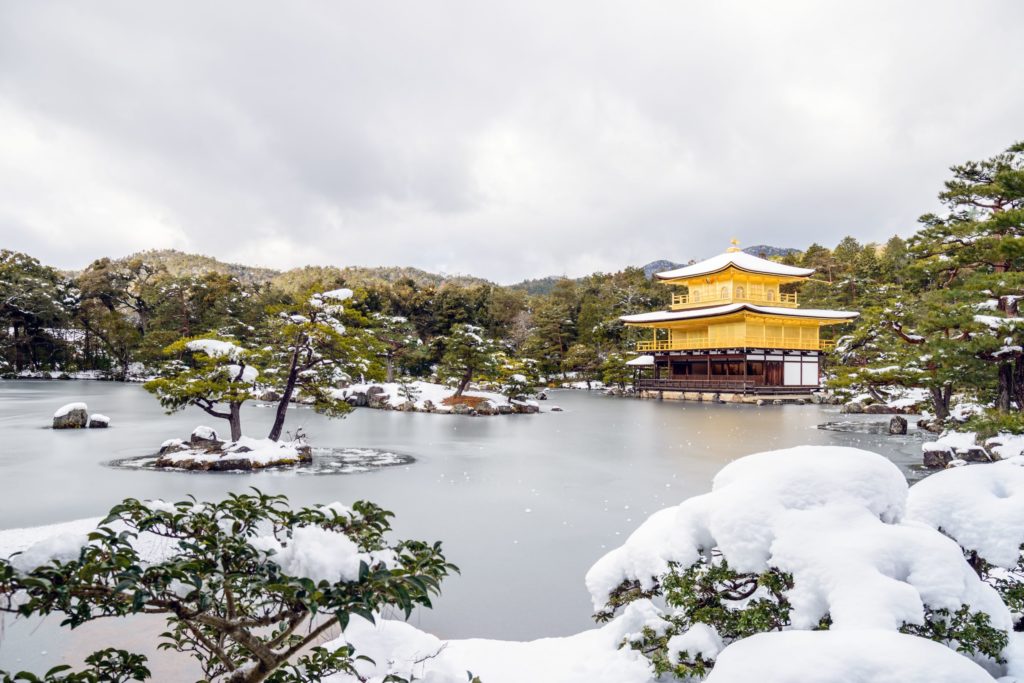 The splash of yellow at Kyoto’s Golden Pavilion temple stands out in the white. Credit: Shutterstock.

The other benefit of off-season travel is lower pricing. Generally, outside ski resorts, hotels are less expensive than in touristy peaks.

Japan’s natural beauty is accentuated by a thick blanket of snow. Think snow-capped mountains and quaint, cosy villages. Traditional villages like Shirakawago, with pine trees and sloped, snow-proof roofs, are popular and picturesque in winter. Compared to North America, Japan in winter is relatively mild. Temperatures average at highs of 10 degrees and lows of 0 degrees in January. 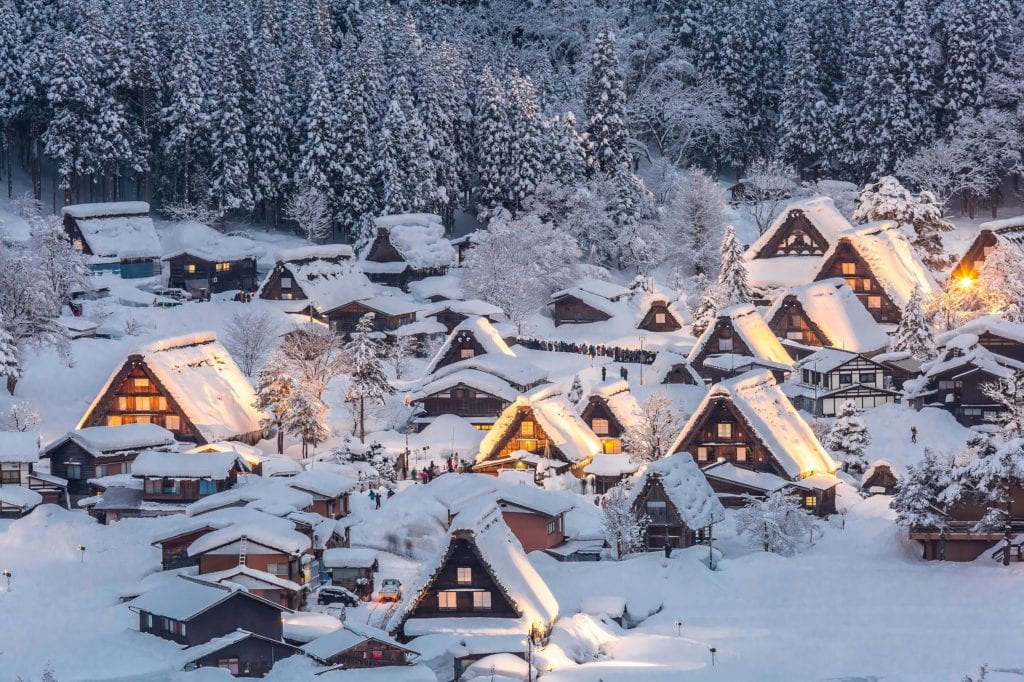