New York is a wonderful town for kids and families even when you are on a strict budget. Yes – you can find plenty of things to do in New York with kids for free.

True, it’s not normally a city that you would associate with either children or cheap activities unless you’re thinking Sesame Street. But let us convince you. 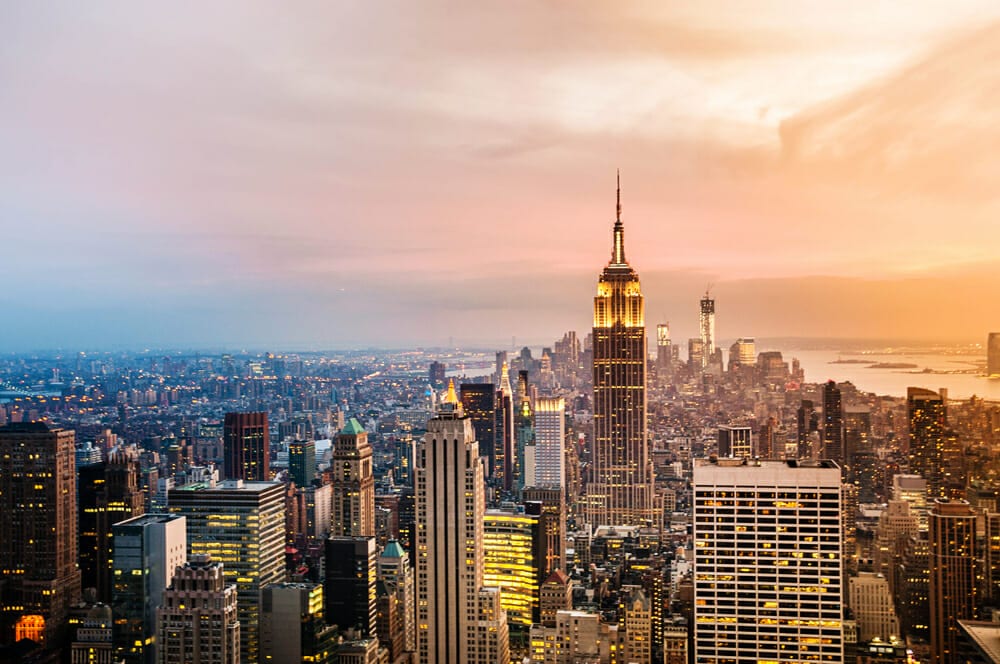 New York city can be cheap with kids – let us show you how. Picture: Shutterstock

We have found eight free (or really really cheap) things to do in New York with kids. These activities will tucker out kids of all ages, engage their minds and their imagination and allow them to fall in love with this wonderful city.

New York’s most impressive museum has a “suggested donation” for entry. You can pay anything you like to enter – even if anything is nothing. 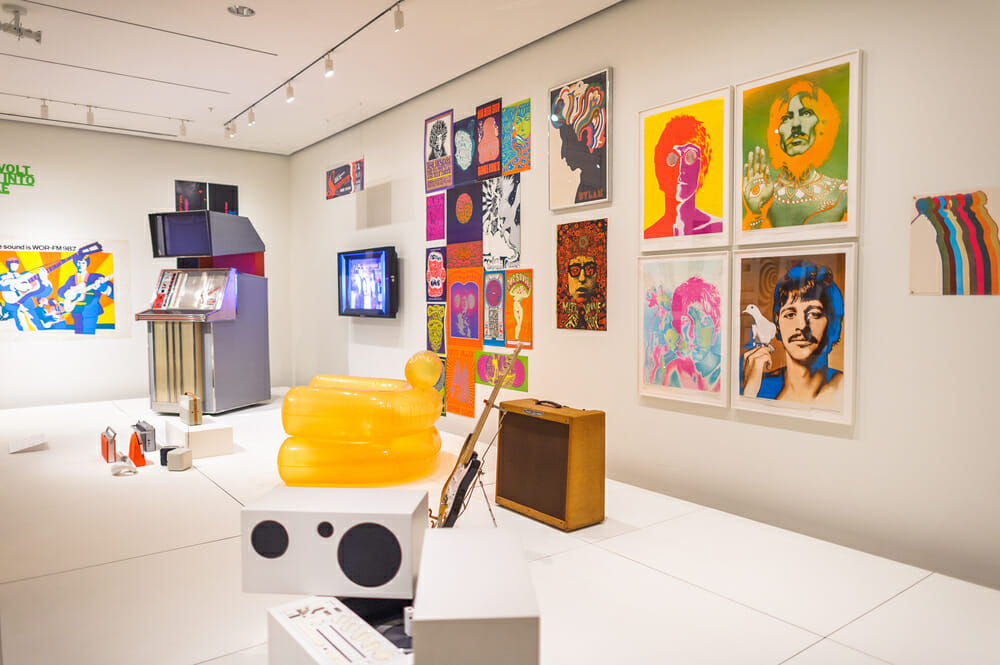 What can you see? The MOMA galleries house art from 1880 to 1950 including the work of Henri Matisse, and Claude Monet’s Water Lilies. Rotating exhibitions cover everything from sculpture to visual art and architecture.

Where is it?  Midtown Manhattan in New York City, on 53rd Street between Fifth and Sixth Avenues.

Central Park is a New York must-see. It’s an oasis of green in the middle of a grey metropolis. Wandering through this wonderful, famous park is free and it will take you hours to see it all. 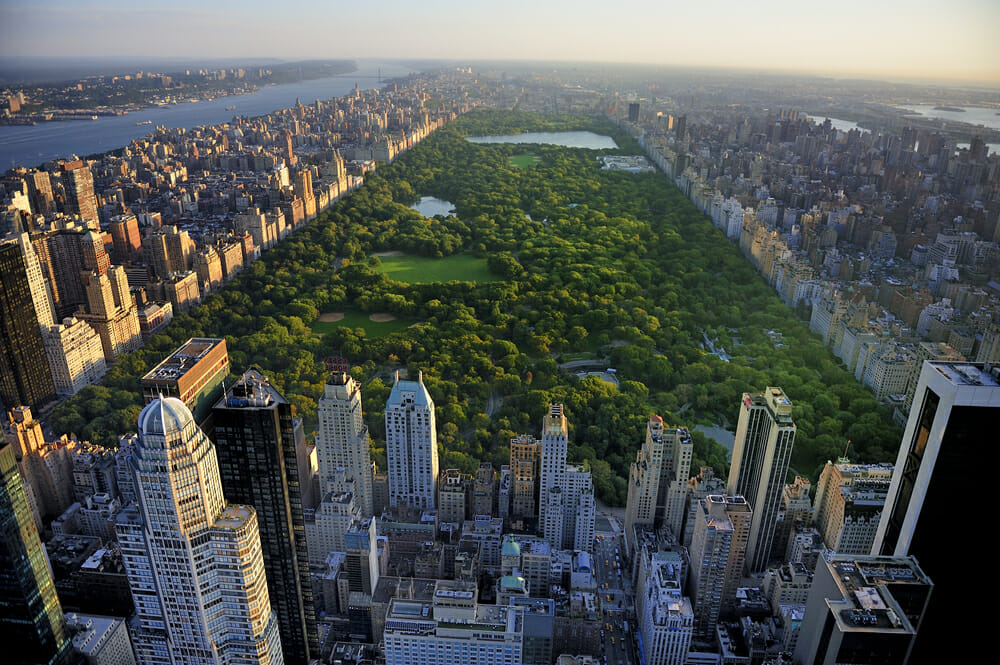 What can you see? Central Park Zoo is a must for Madagascar fans. Check out the chess and checkers house at the South end, the boathouse and Belvedere Castle in the middle and the Peter Jay Sharp Children’s glade and 110th Street playground in the North. In winter you can ice-skate in the park – a true New York experience.

Where is it?  Central Park is boarded by 5th Avenue and Central Park West. It runs from 59th Street to 110th Street.

Love Night at the Museum? This is it. General admission to the Natural History Museum is $23 for adults and $13 for kids. BUT if you go to the ticket counter at the museum you can actually pay anything that you want. 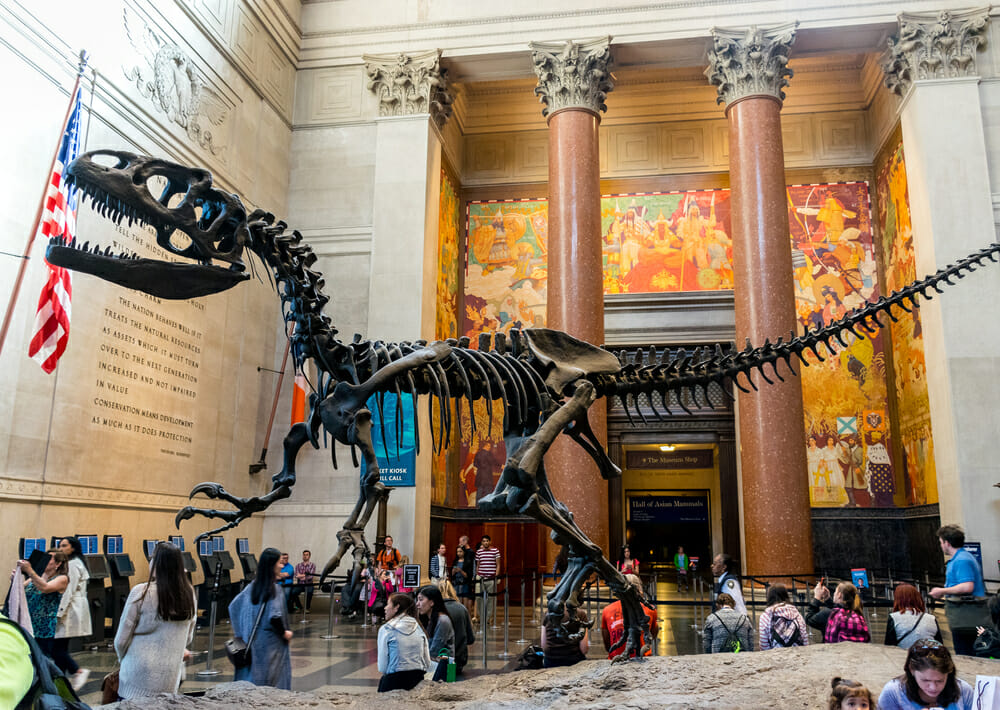 What can you see? Dinosaurs! Exhibits on climate change and the history of our planet.

The old elevated railway line that runs through Chelsea has been converted into an incredible park. Packed full of plants and art, it’s a great space to walk in New York with kids. 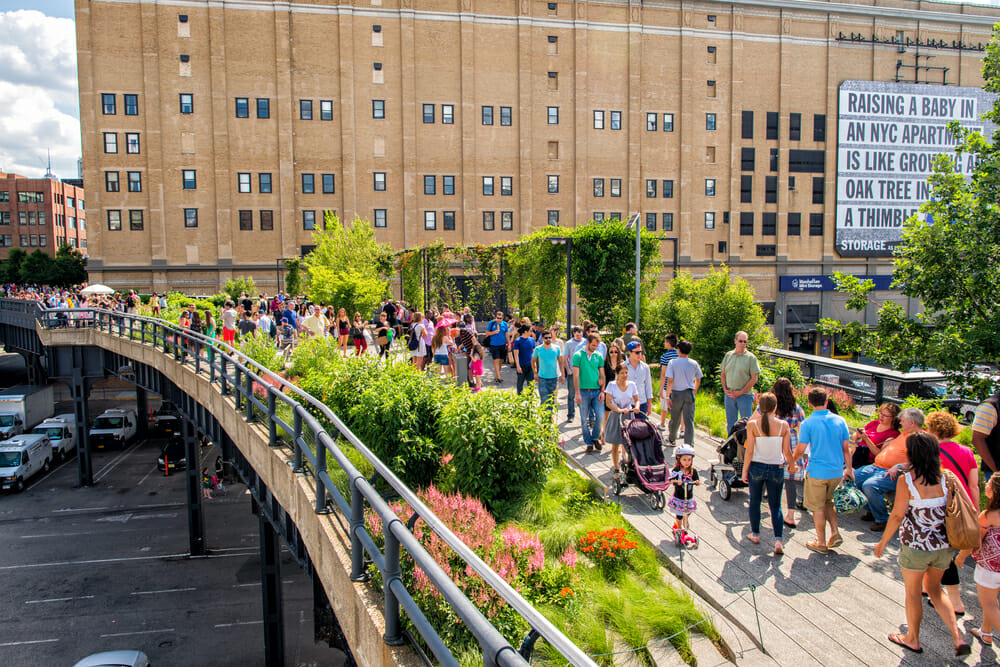 Walk the Highline in New York with kids. Picture: Shutterstock

What can you see? Stunning gardens, great artworks and in the summer they host free activities for kids.

Where is it?  The High Line runs from Gansevoort Street in the Meatpacking District to West 34th Street, between 10th and 12th Avenues.

You’ve probably heard of this ferry from dozens of films based in New York. The ferry transports commuters between Manhattan and the boroughs. The trip is about 25 minutes long. 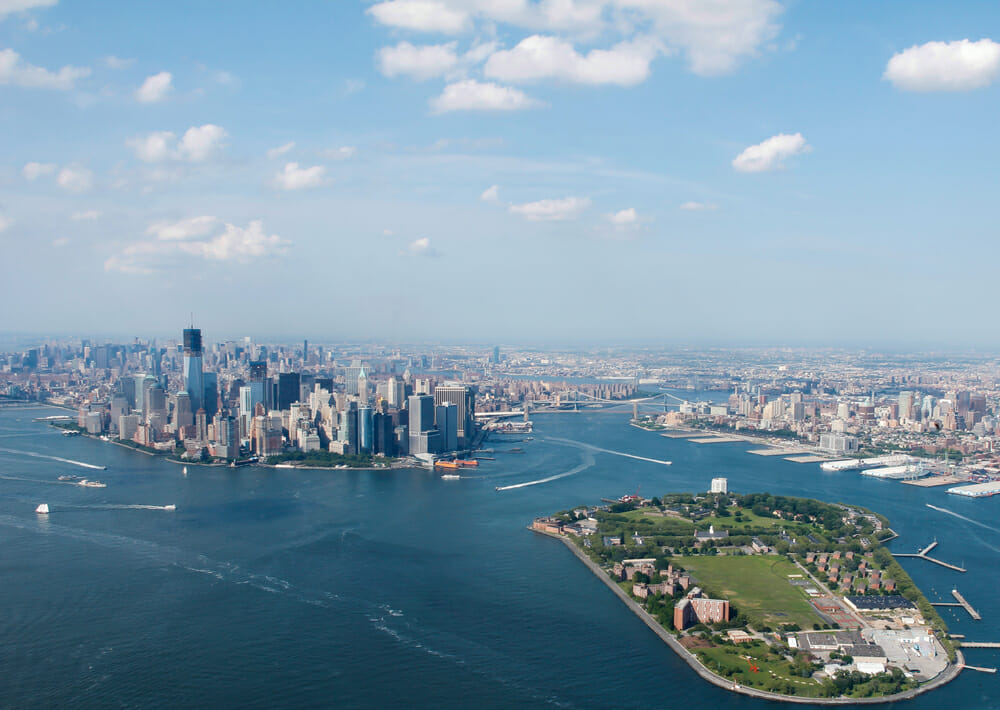 What can you see? The Staten Island Ferry offers spectacular views of the Statue of Liberty and the city of Manhatten.

Where is it? The Ferry operates between the St. George ferry terminall on Staten Island and the Whitehall Terminal in Lower Manhattan.

It costs nothing to walk across the Brooklyn Bridge but you will gain incredible memories with your family. 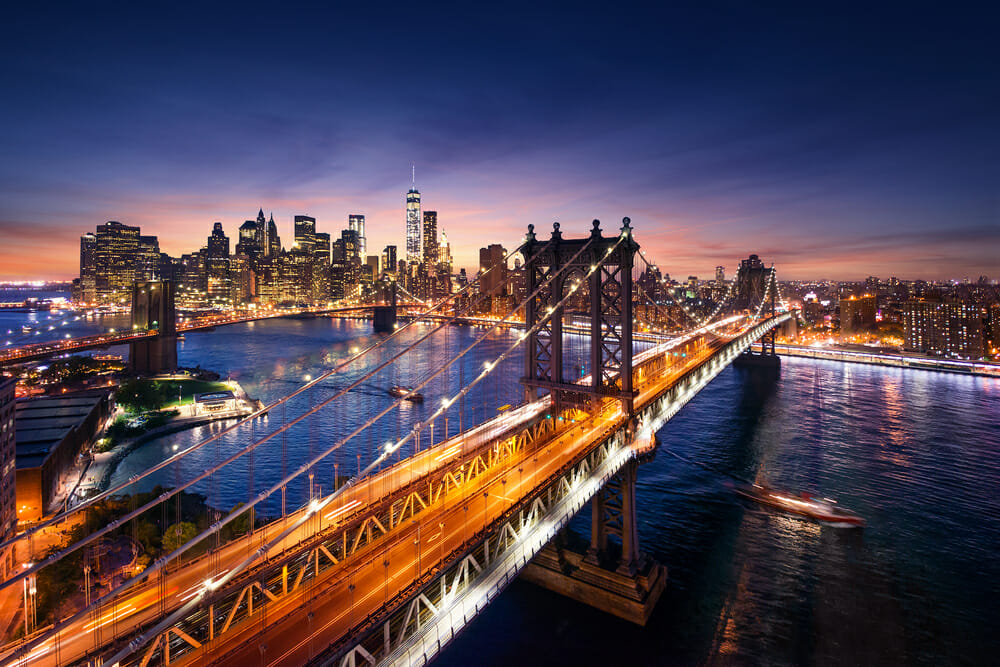 What can you see? Great views of New York. Head to the Brooklyn Bridge Park after your wak and you will find several playgrounds on the waterfront.

Where is it? The Brooklyn Bridge is s in two adjacent neighborhoods. One is called Downtown Brooklyn, the other is called DUMBO (Down Under the Manhattan Bridge Overpass)

Head over to Coney Island for a day by the seaside. Walk the boardwalk and take a dip in the ocean. The island has more than 50 separate rides and attractions. 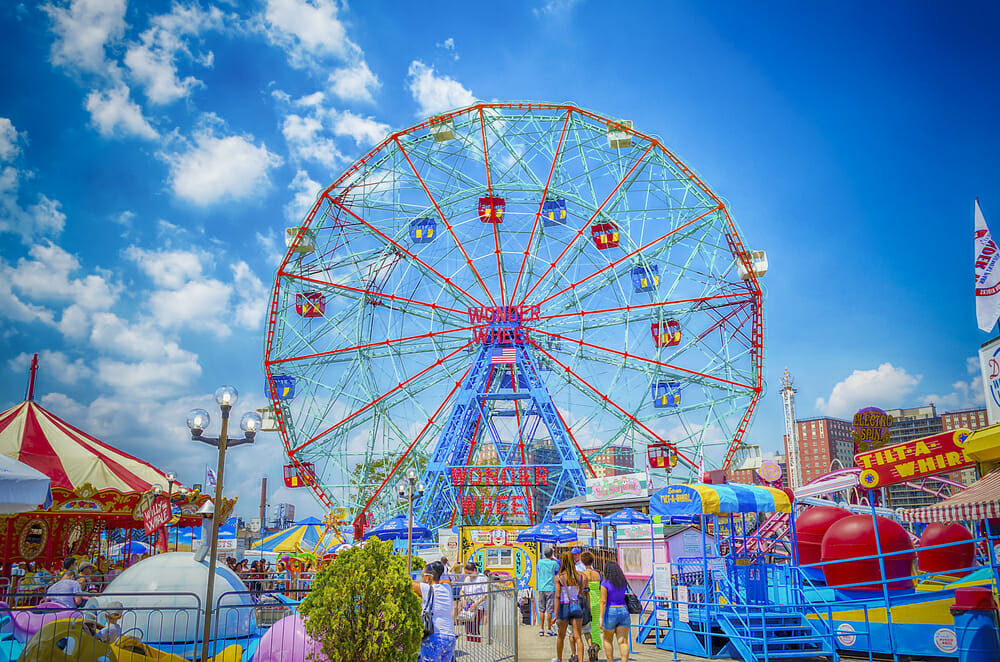 What can you see? This is where P. T. Barnum, of The Greatest Showman fame, made his trade. Expect circus shows, wonderful rides and grand parades.

Where is it? Coney Island is located in the borough of Brooklyn. To get there take the D, Q, N or F train to Stillwell Avenue. This takes about 45 – 60 minutes from midtown Manhattan.

The ferry to Governor’s Island, in the heart of New York Harbour,  will set you back $2, but once you are there you’ll find plenty to do for free. 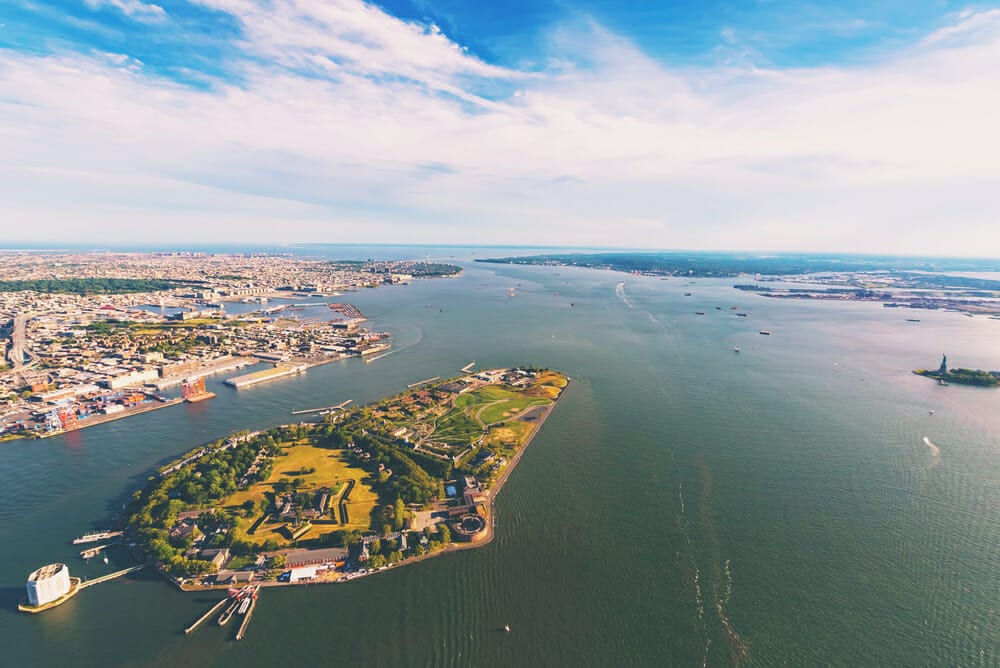 What can you see? Governor’s Island has a 2.2-mile bike path, 30 acres of parkland, mini golf, spectacular views, and a spooky ghost tour.

Where is it? To get to Governor’s Island take the ferry from Battery Maritime Building, Slip 7 Lower Manhattan.

You could do eight whole days of activities in New York with kids and spend very little.