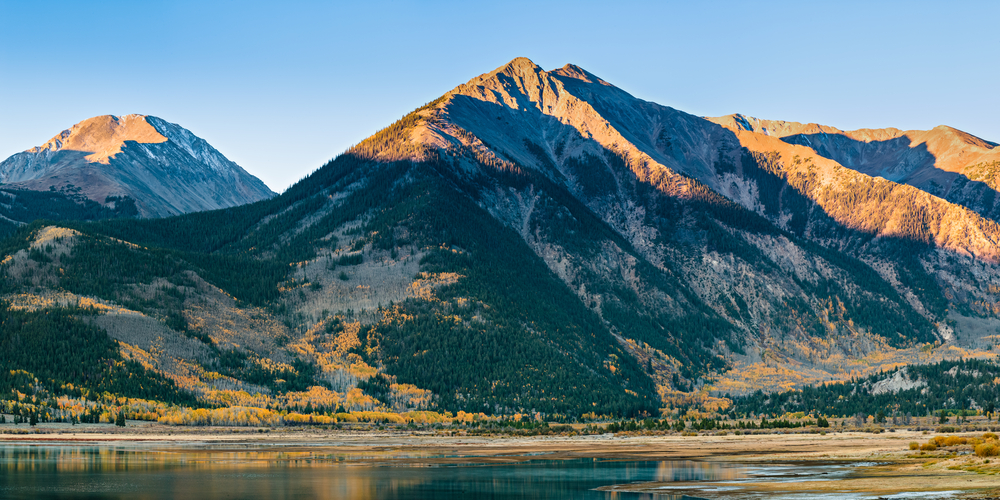 Nothing says Wild West like John Wayne and this month, his classic Western True Grit turns 50.

True Grit was filmed in Colorado’s South West corner. Wayne won an Oscar for his role has US Marshal ‘Rooster’ Cogburn in the 1969 film.

In celebration of the great US western, we think it’s time to dust off the cowboy boots and take the family on a gritty trail to high adventure in Colorado. Yee haw!

Here are five ways to embrace your inner cowboy or cowgirl in Colorado.

Much of True Grit was set in and around the mountain towns Ouray and Ridgway and these towns still exude the Old West charm that producers set their sights on for the 1969 movie. 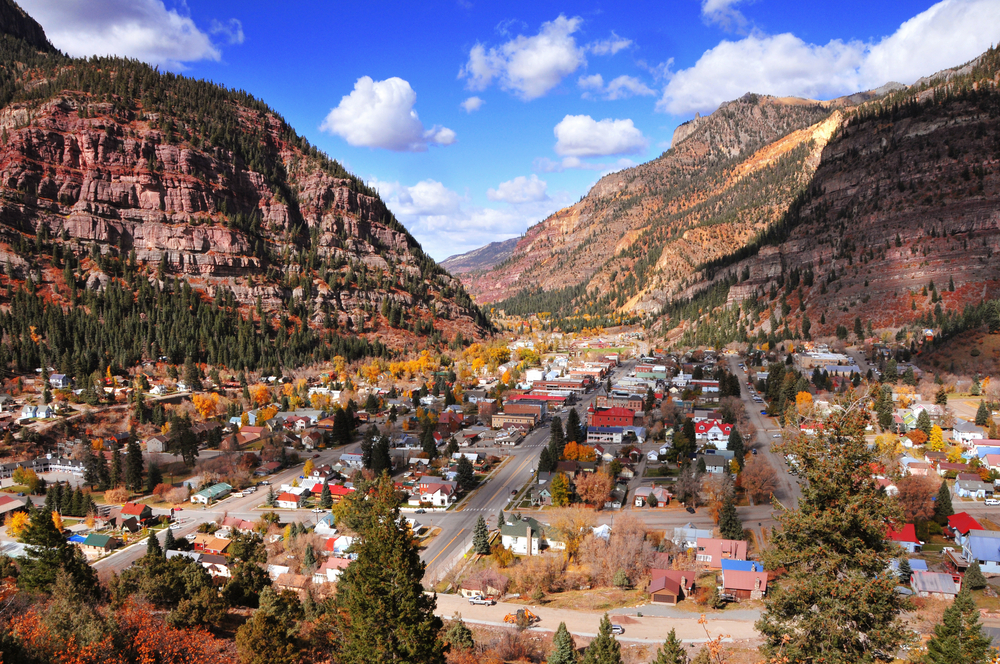 Each Friday at 11am until the end of October, travellers can join Ridgway Chamber’s walking tour from Ridgway Visitor’s Center (adults $10USD, children under 12 free). The tour passes the cottonwoods in town park made famous in the hanging scene, the paddy wagon, firehouse and Rooster Cogburn’s house. The nearby meadows in Owl Creek will be instantly recognisable to film buffs.

A self-guided tour can also take fans to further locations with free Movie Locations guides available from the Visitors Centre, including the aspen-lined valley of Katie’s Meadow and the Ouray Courthouse where the film’s interior court scenes were filmed. 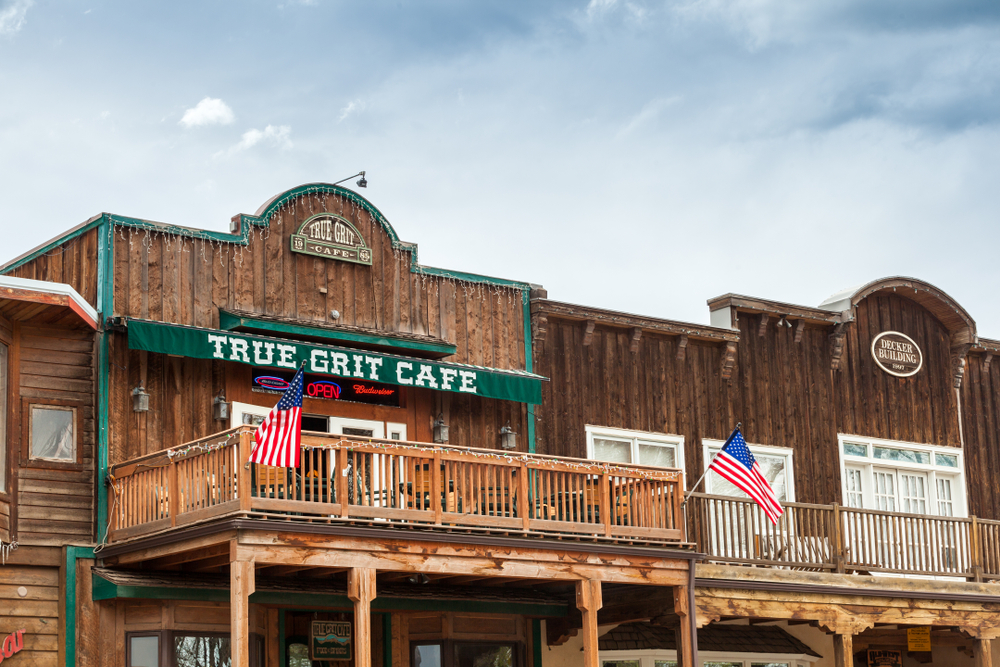 The True Grit cafe in Colorado.

After building an appetite, True Grit Café serves up ‘ranch to fork’ dishes to diners as they sit back in a surround of John Wayne memorabilia and views of the San Juan mountains.

Check in to a ranch

Home of True Grit’s heroine, Mattie Ross (played by Kim Darby), the Ross Ranch featured in the 1969 film is located on Last Dollar Road between Ridgway and Telluride, accessed from Highway 62. 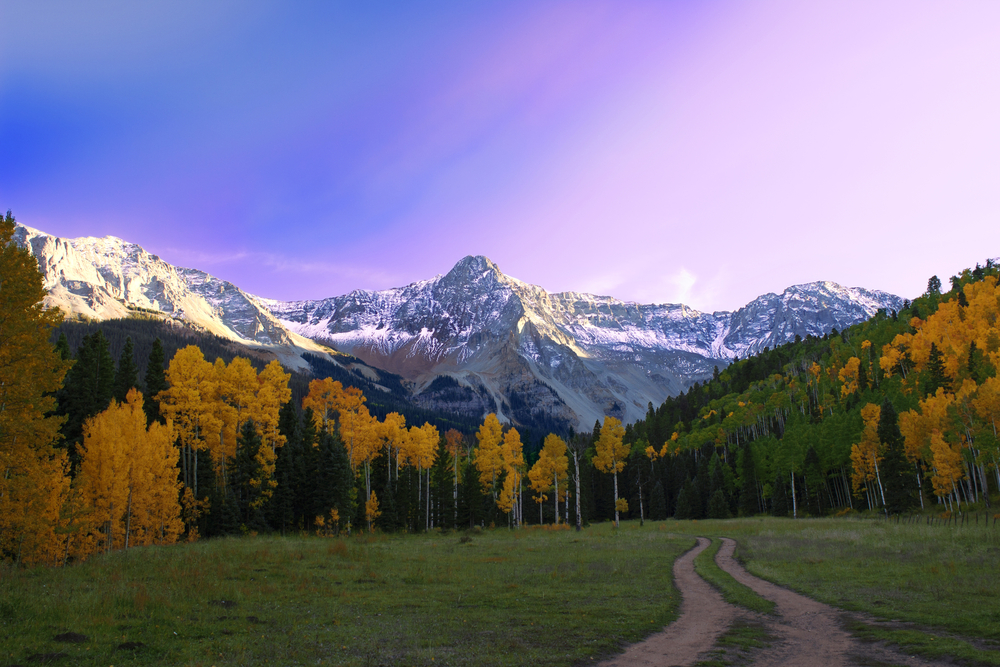 The remains of this ranch are seen in the opening credits, as well as the end of the film which saw John Wayne jump the fence on his horse. You can view the ranch from the roadside. 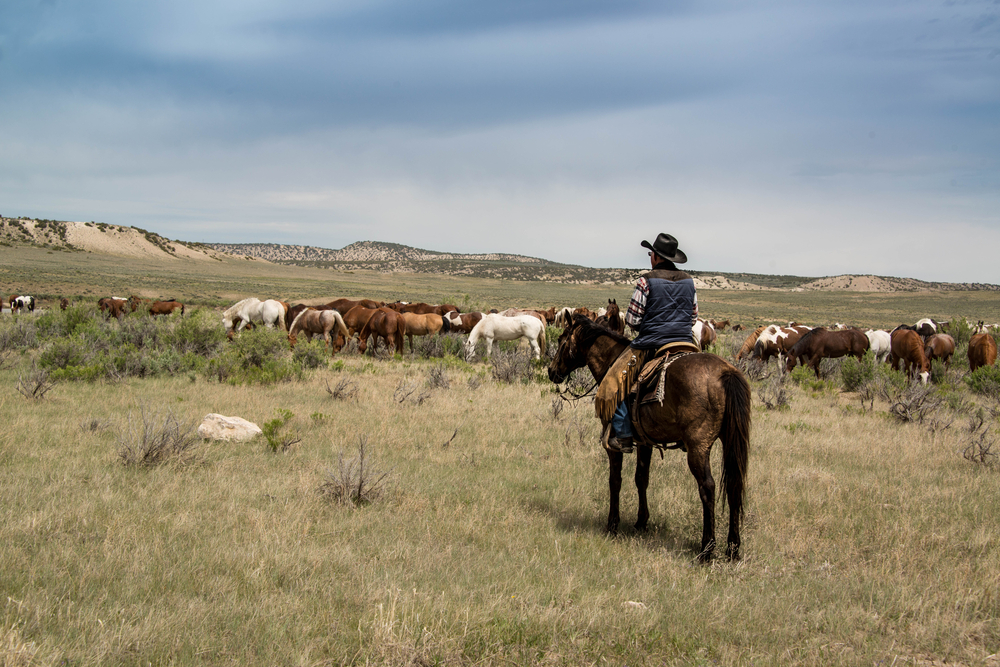 If you’re seeking an authentic cowboy experience, saddle up on a dude ranch. Colorado’s traditional and working ranches have great family activities including cattle drives, horseback riding and outdoor cookouts.

During filming, the town of Ridgway was transformed into an 1880s railroad town. Visitors today can take a coal-fired, steam-powered train ride through the San Juan mountains on the same tracks laid in the 1880s that pioneering miners took on their quest to find gold. 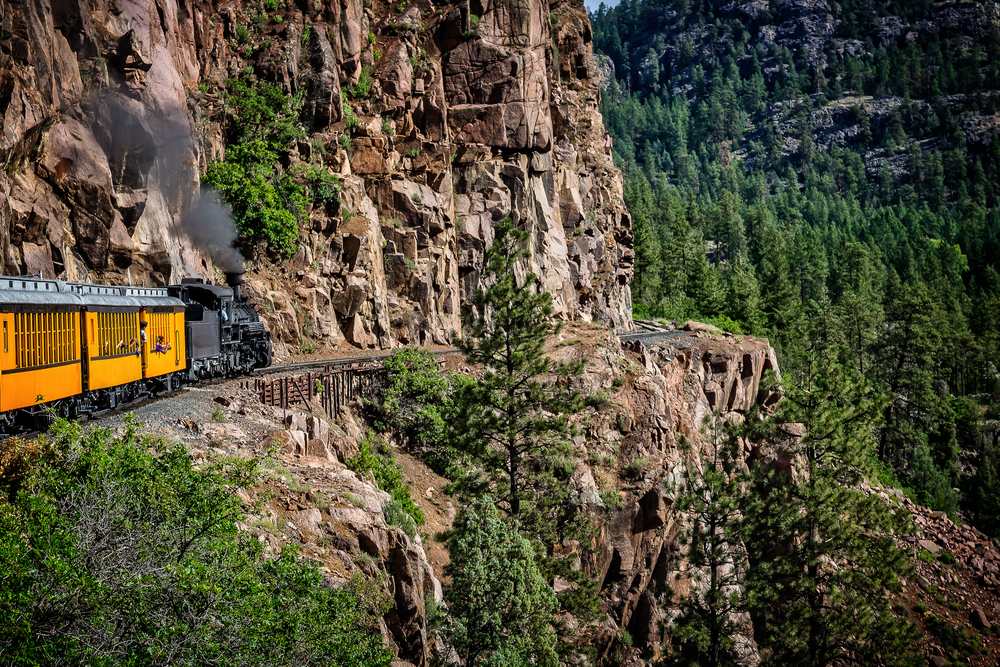 The Durango & Silverton Narrow Gauge Railroad winds through spectacular canyons in the remote wilderness of the two-million-acre San Juan National Forest, where passengers will see wildlife, waterfalls and peaks that aren’t accessible by car.

Leaving the original 1882 depot in Durango, the train stops in Silverton, the last mining camp left in the USA and National Historic Landmark, where outdoor adventures are met with a quaint, Victorian town.

Get suited and booted

Get the authentic cowboy look at Rockmount Ranch Wear in gateway city, Denver. This place has cowboy shirts, hats, bandanas and belts.

Founded by Jack A. Weil in 1946, Rockmount Ranchwear created the snap button cowboy shirt and was the first to commercialise bolo ties. The design of Rockmount’s Western fashion has been kept consistent over the four generations of the Weil family.

These guys were the first to introduce Western fashion east of the Mississippi. Their clothing range is now sold worldwide, having been worn by hundreds of celebrities, such as Sir Paul McCartney, Elvis, Burt Reynolds, Jack Black and Bruce Springsteen.

Discover the ghost towns in the San Juan Mountains

The San Juan Mountains play a starring role in dozens of western films as the characters navigate the landscape on their mission of justice.

Prospectors flooded into the area in the 1800s due to the area’s high mineral content. Traces of this age can still be seen in the form of derelict mining camps and buildings, which are best explored in a 4×4.

The Red Mountain Mining District, off the Million Dollar Highway, is home to one of Colorado’s most photographed mines. Yankee Girl – discovered in 1882 and one of the most profitable of the USA’s silver mines. Kids can learn how to prosper gold themselves by gold panning in the stream at the Bachelor Syracuse Mine, with a mine tour taking visitors back into the history of this former working mine (adults $15.99USD, kids aged 5-12 $7.99USD, under 5 years free).

9 Reasons a Farm Stay Is A Perfect...