5 Gorgeous Film Locations You Can Travel To

I think travel should be about seeking out whatever geeky thing you are interested in and finding stuff that delights you around the world. After all, it’s your trip!

That’s why I’m totally in support of travelling to film locations. It’s really interesting to be able to see a place in real life that you had only previously seen in the mythical realm of film. Sometimes when you visit film locations they look just like you had imagined them, but other times they are very different indeed.

Here are 5 examples of cool locations from great films that you can travel to in real life.

The Beach is a Danny Boyle film from 2000, based on the 1996 Alex Garland novel of the same name. It tells the story of Richard, who is a young American seeking a pristine, perfect, uninhabited island paradise in Thailand. He finds it… but then things go wrong from there. (No spoilers!) 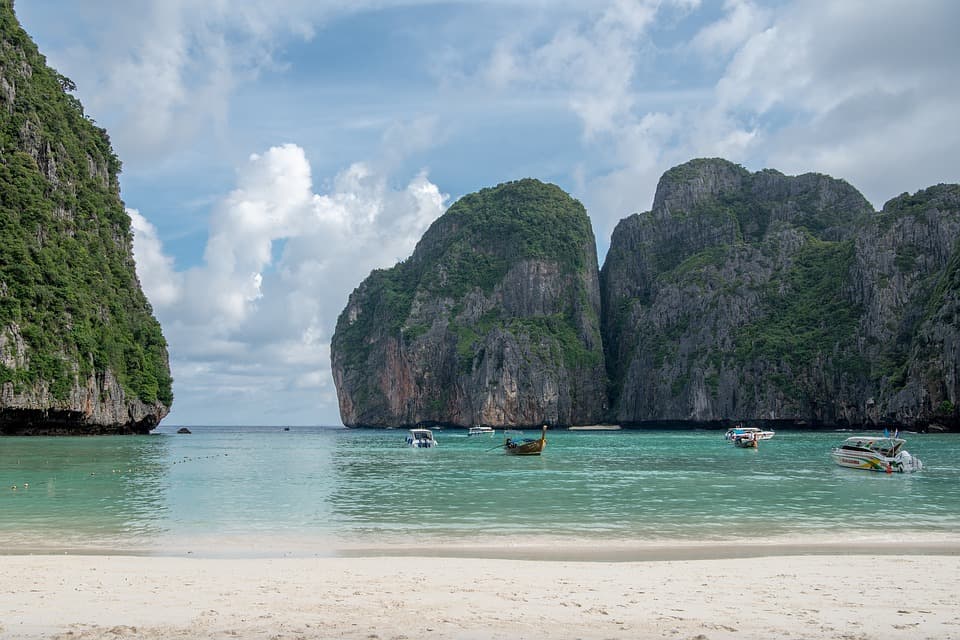 When you finally set eyes on the real beach (Maya Bay on the island of Koh Phi Phi Leh in Thailand) you realise the difference between movie magic and reality. The beach is not like the idyllic paradise where Leo and his friends frolic in the film. Not anymore.

Beautiful Maya Bay on Phi Phi Le, One of the Thai islands

Maya Bay is heavily marketed as a boat cruise destination from Koh Phi Phi. Almost every tourist takes the trip to the island. When you visit you’ll arrive on the sand along with dozens of other visitors walking up and down the surf, taking selfies and posing in the water. It’s impossible to take a photo that doesn’t have several other people in the background.

Lee and I at Maya Bay in Thailand, Where the”The Beach” was Filmed

Plus, did you see how the rocks of the beach in the film go all the way around, creating an enclosed circle? It’s not like that in real life – there is a gap within the rocks. It was digitally altered for the film to make it look more idyllic.

It’s pretty cool to visit the beach from the film, but if you are like Leo and you are looking for a more pristine and unspoiled beach in Southeast Asia – you might want to look elsewhere. Here are a few of the most beautiful paradise islands that you can visit in Asia.

Tikal is the ruin of an ancient city, surrounded by rainforest. It is one of the largest and most impressive archaeological sites of the Pre-Columbian Maya civilization and it was designated a UNESCO World Heritage Site in 1979. 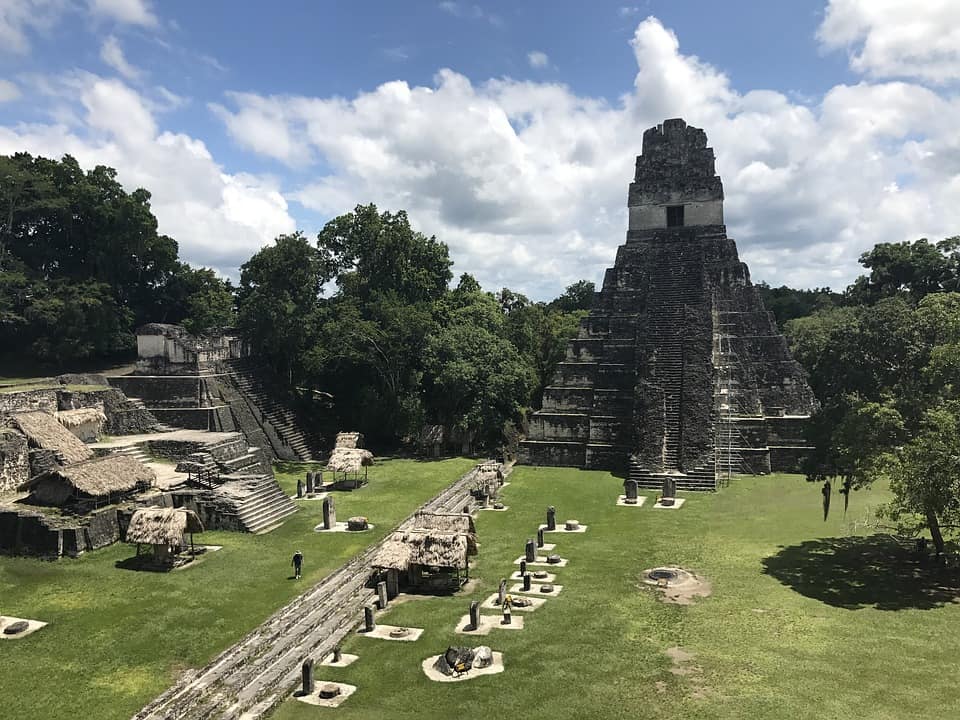 The Mayan ruins of Tikal, Guatemala

If these overgrown ruins in the jungle look familiar, picture the Millenium Falcon swooping down from the atmosphere to land in the rainforest. Yes, this is the setting for Yavin 4 in Star Wars Episode IV, A New Hope. The forest-covered moon orbiting the gas giant Yavin was the home of the headquarters of the Alliance to Restore the Republic, a group of resistance fighters.

Remember this scene, where a Rebel oversees the landing of the Millennium Falcon?

It was taken on top of Temple IV and several other Temples can be seen on film. Lee and I climbed up the temple to see the site from the same angle. 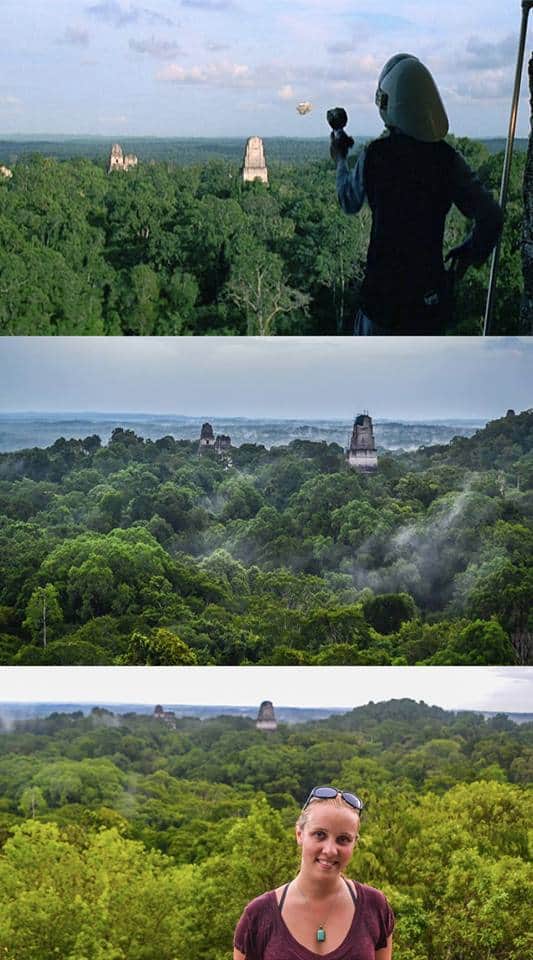 3. Matamata, New Zealand: The Lord of The Rings

When I was 15 and I watched The Fellowship of the Ring for the first time in the theatre, I was absolutely enchanted by The Shire. The camera panned over the gentle rolling hills, chimneys puffing smoke and quaint round hobbit-hole doors. I felt an odd sense of longing for this fictional place. When the story took us inside the subterranean home of Bilbo Baggins, I fell even further in love.

J.R.R. Tolkien based The Shire on rural England (which I would later become enchanted with after meeting Lee). However, Hobbiton in the Lord of the Rings films was located in some of the lovely green countryside of the North Island in New Zealand. It is possible to visit it today and see Hobbiton exactly as it was in the films. 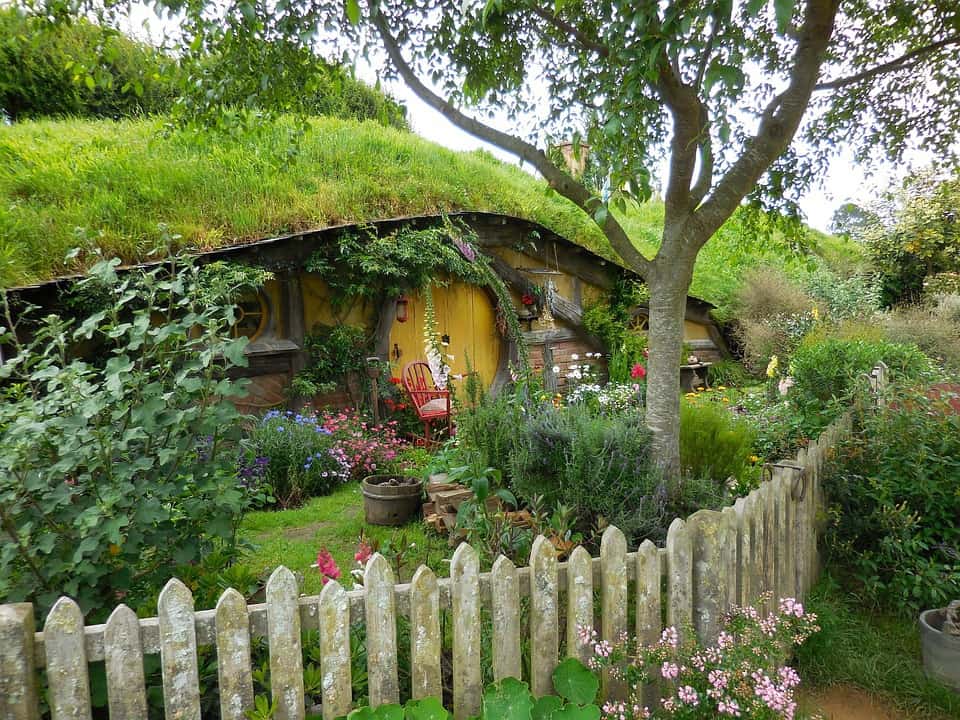 To learn more about this attraction, check out this post by Amanda of A Dangerous Business Travel Blog. She has written a great description with plenty of tips. (Her blog name is inspired by a Tolkien quote, which is pretty cool.)

Bilbo says to Frodo, “It’s a dangerous business Frodo, going out your door. You step onto the road, and if you don’t keep your feet, there’s no knowing where you might be swept off to.”

I loved the Indiana Jones movies when I was a kid – but they also freaked me out a little bit. The pit of writhing snakes in Raiders of the Lost Ark? I used to have nightmares about that.

Remember that scene in Indiana Jones and the Last Crusade when Indiana, his father and Sallah ride through a narrow canyon on their horses? They emerge through an opening to reveal a huge edifice carved into the red rock. They have to pass through the booby traps before they can enter the temple and choose the right chalice to drink from.

That incredible structure is real. It’s known as Al-Khazneh or “The Treasury” and it is located in the ancient Arab Nabatean Kingdom city of Petra, Jordan. 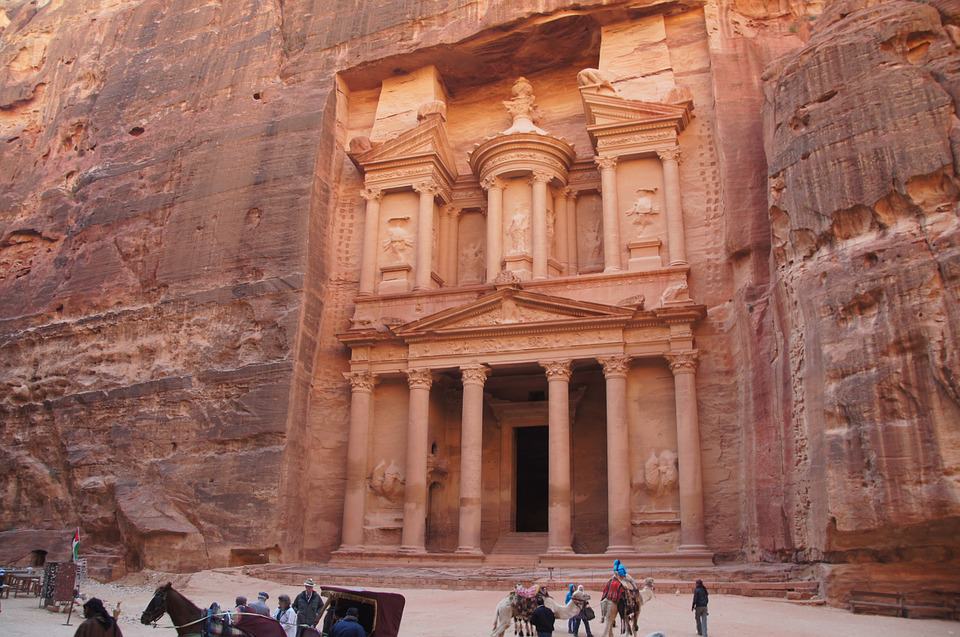 It is carved into a sandstone rock face. It is thought to have been originally constructed at the beginning of the 1st century AD.

You can see it in this scene as well, the final scene of the film (which is pretty damn epic):

I’m going to be humming the Indiana Jones theme all day now.

(The interior scenes weren’t filmed inside the Treasury, but in a studio in England.)

Indiana Jones isn’t the only film Petra has starred in. It’s also in The Mummy Returns, Mortal Kombat, Passion in the Desert, Arabian Nights, Samsara and Sinbad and the Eye of the Tiger.

Fun fact: Spielberg became friends with the King and Queen of Jordan while making the movie. They came to the set, the king loaned Paramount the four horses used in the scene above and the queen sometimes gave Spielberg a ride to the shooting locations.

Before Sunrise is one of my favourite movies.

The plot is incredibly minimalistic. A French woman and an American man meet as strangers on a train. They spontaneously decide to get off in Vienna to check out the city. They spend the evening walking around the city and talking – that’s pretty much all that happens.

What I love about this movie is the dialogue. It feels so real, honest and authentic. I know from my own experience that travelers tend to reveal more about each other to other travelers than they normally would, because they know they may never see each other again. There’s a therapeutic, confessional nature to conversations on the road – you can share a part of yourself that you may censor for your friends and family back home.

Their long, rambling, funny and witty conversation plays out as they wander through the streets of Vienna, visiting some of the city’s most famous landmarks. 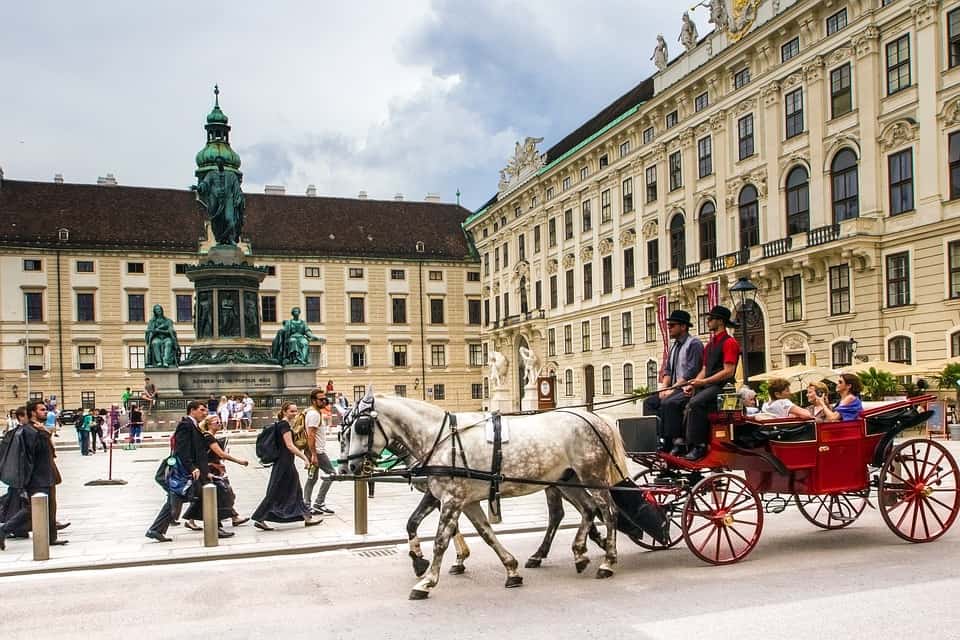 It’s not only a beautiful love story, it’s a great portrait of the city as well. It will make you want to travel to Vienna and share your life story with a good-looking stranger.